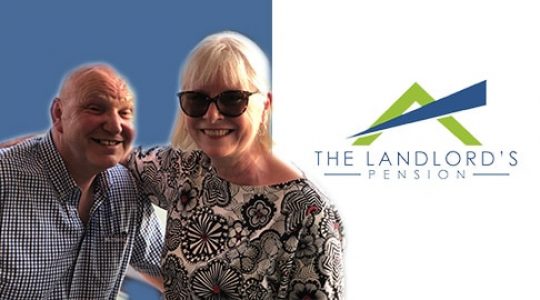 For ex-accountants, Paul and Annie Allen, investment and finance have long played a part in their working lives. However, adding a property SSAS (Small Self-Administered Scheme) pension to their retirement and legacy planning, has added another level of value to their strategy and capacity to invest and grow.

Already owning a hotel, storage units and buy-to-lets, the Allens had a very healthy portfolio. However, they were all too aware of the imminent implications for inheritance tax their son would be faced with, once they were gone. The SSAS pension had been mentioned to them some years ago as a possible solution to some of their frustrations. At that time, the advice given left them less than confident. Having read in the news about other people being stung by scams, coupled with just their own internet research at the time, they didn’t feel confident enough to follow it up. That was all set to change a few years later when they attended the Maidenhead PIN and heard Mike Holt speak about the SSAS pension. “It was after that event that Mike Holt of The Landlord’s Pension introduced us to one of their lead consultants, Simon King, who sat down and talked to us about our options”. In Annie’s words, “We were both accountants so had worked with pensions and investments, but we had a lot of questions still. Simon spoke to us in down-to-earth, sensible terms without the ‘legalese’ jargon”.

Paul and Annie’s initial experience of undertaking their own research and the lack of reliable, uncomplicated information available, is a common thread heard by The Landlord’s Pension upon first contact with potential clients. Company owners hear about the SSAS pension but they are then discouraged, as the process of setting up a SSAS is complicated by IFAs and advisers. The flexibility, control and other unique benefits of the SSAS pension get buried beneath ill-explained process and unnecessary jargon, leaving the client confused. The Landlord’s Pension are quick to dispel this misconceived information and this will be clearly evident from your very first contact with one of our expert advisers.

As Annie Allen explains, “Even from first contact with The Landlord’s Pension, we were put at ease. We are both accountants but we still had loads of questions and needed some support. Talking to Simon allowed us to understand, and discern, ‘this is do-able!’.

For Paul, having the support of The Landlord’s Pension meant down to earth answers, specific to their personal strategies and goals. “When you read of stories in the press, such as the Neil Woodford scandal, it makes you far more cautious. However, all concerns were addressed by The Landlord’s Pension straight away and I felt totally comfortable and assured that I was working with experts”.

The Allens have now had their SSAS set up for about 12 months. “The process was uncomplicated and clear. Teresa from The Landlord’s Pension was marvellous in managing the transfers and chasing up any paperwork required. Everything

was dealt with, with patience and good humour, which left us totally at ease, throughout”. Paul is keen to add that The Landlord’s Pension are able to offer different levels of support and advice for different people and different circumstances. “We found that Simon really listened to what we wanted, rather than impose opinion. It isn’t just a ‘one size fits all’ service”.

So, what are the Allens doing with their SSAS? “Well, our interest in the SSAS was first sparked by the legacy aspect. We already had a portfolio and were keen to secure our assets and ensure a tax efficient inheritance for our son”, Paul clarifies. “We also wanted to be in control of our own destiny”. Paul and Annie’s plan is long term. They are not ready to retire too early so they are busy picking up profitable investments and ensuring their son is learning along the way. “We have a pot to play with now, financial sense and the knowledge and confidence The Landlord’s Pension have given us”, Annie describes. They are in a position to invest via small loans to developers, in addition to their properties. As Paul expresses, “The next 5 years will be interesting; the high street is changing, business is changing. We are now in a position to move with the changes, all the while protecting our assets within the SSAS”. Our legacy is secure and our investments and our business are tax efficient and growing our pot”

“Anyone who is a business owner and wants to have more control over their pension, their investments and their future, really would be wise to look at a SSAS pension” – Paul & Annie Allen 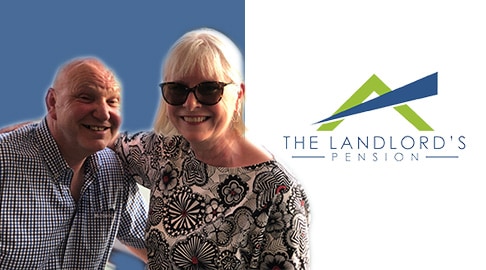 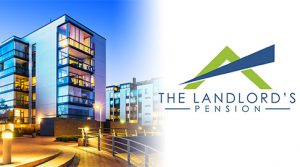 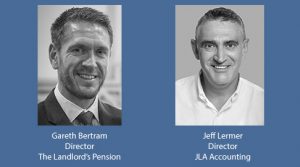 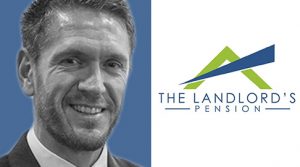 The Value of Pension and Investment Control 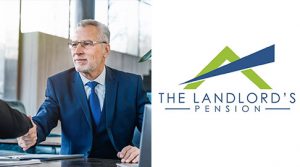 Additional funding for your business 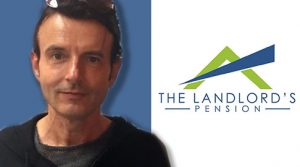 Grow your business – The power of the SSAS Pension 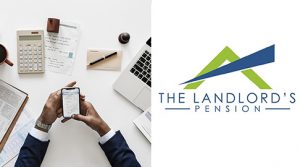 5 Ways a property pension could improve your personal balance sheet