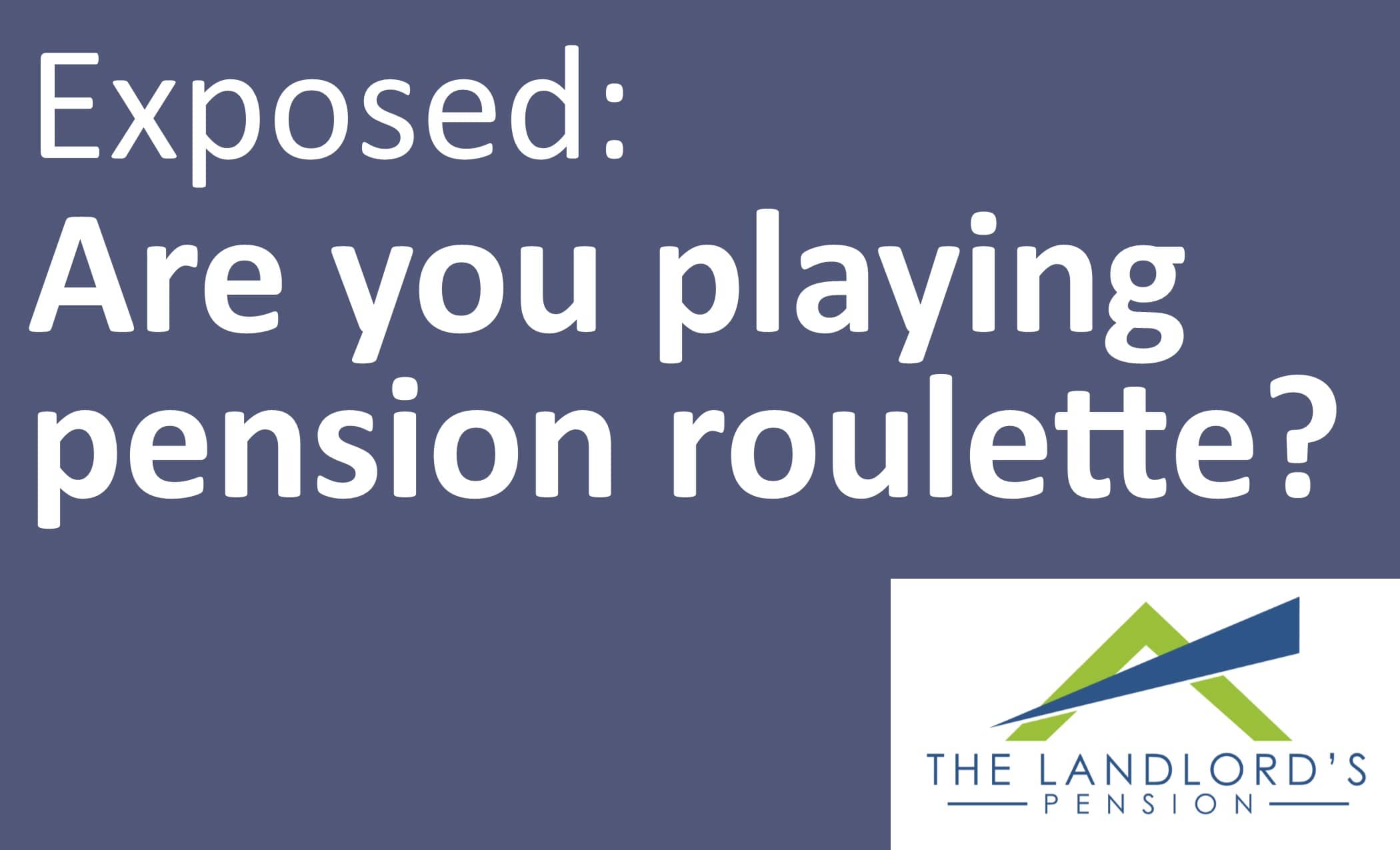 Do You Gamble Your Pension On Shares?

The average returns of standard investments over the last 10 years

Most people who speak to The Landlords Pension want to move away from the volatility of share based investments to obtain growth on their pension funds through fixed returns from Bonds.

Rather than leaving their pension funds in the hands of an Independent Financial Advisor (IFA) to invest via a bank or insurance company many people are taking control of their own retirement plans using Small Self – Administered Scheme (SSAS) pensions. This is an option open to directors of SME limited companies which offers all that a standard pension does with the added benefit of greater choice and flexibility over the investments.

This is a simple and secured investment in property which pays a fixed return over a fixed term. It works in the same way as property crowd funding, a strategy which has become hugely popular since the credit crunch of 2008. Investors have been making substantial gains of 10% p.a. for almost a decade now. Property Bonds undergo extensive due diligence and are then approved by Pension Trustees.

These types of Loans are generally set up over a 1 to 5 year term and come with the added security of a 1st legal charge over a tangible asset, which in the case of a property bond is physical property making it a more secure investment option.

The “traditional” pension fund is usually invested across a number of indices and investment types including stocks and shares, corporate bonds and government gilts.

The risk of stocks and shares

Shares are units of ownership interest in a company which can distribute profits, if there are any, in the form of dividends. Shareholders may also have voting rights on the management of the company. A stock is a share in the ownership of a company however stock holders do not own the assets of a company but merely shares issued by the company.

If a company goes bankrupt, an individual owning stocks and shares in that company has no right to the assets of the company and unlike a property bond they have no legal charge over these assets. The shares will still be held but in the scenario of these stocks or shares being held in a company which has been declared bankrupt these will be of little or no value.

Creditors are given legal priority over other stakeholders in the event of a bankruptcy and will be made repaid any funds owed first if a company is forced to sell assets in order to repay them. Shareholders, on the other hand, are last in line and often receive nothing or very little in the event of bankruptcy.

This implies that stocks and shares are inherently riskier investments than bonds in this case.

Corporate Bonds rather than Property Bonds?

A corporate bond is a debt security issued by a corporation and sold to investors. The backing for the bond is usually the payment ability of the company, which is typically money to be earned from future operations. In some cases, the company’s physical assets may be used as collateral for bonds. With bonds, investors only earn interest rather than profits.

If a company goes into bankruptcy, it pays its bondholders along with other creditors before its stockholders, making bonds arguably safer than stocks. However, a Property Bond often has an underlying asset to protect the investor’s capital.

The ownership of Gilts increased dramatically during and further to the latest financial crash in 2008. A private investor can buy gilts either through the primary market which is administered by the U.K. Debt Management Office or the secondary market accessed via a stockbroker or other authorized parties which is something that deters many individual investors.

Considering the uncertainty of equity markets and comparing the figures above with the fixed return of up to 12% p.a. offered by property bonds, with a 1st legal charge over a tangible asset, it is little wonder that company directors are looking to take control of their own retirement planning and increasingly investing their pension funds in property.

If you would like to find out more about how The Landlords Pension could help you grow you retirement fund Click Here to arrange to speak with one of our experienced consultants.

© 2021 TLP. The Landlord’s Pension is registered with HMRC to administer pension schemes. Reference number: A2002684