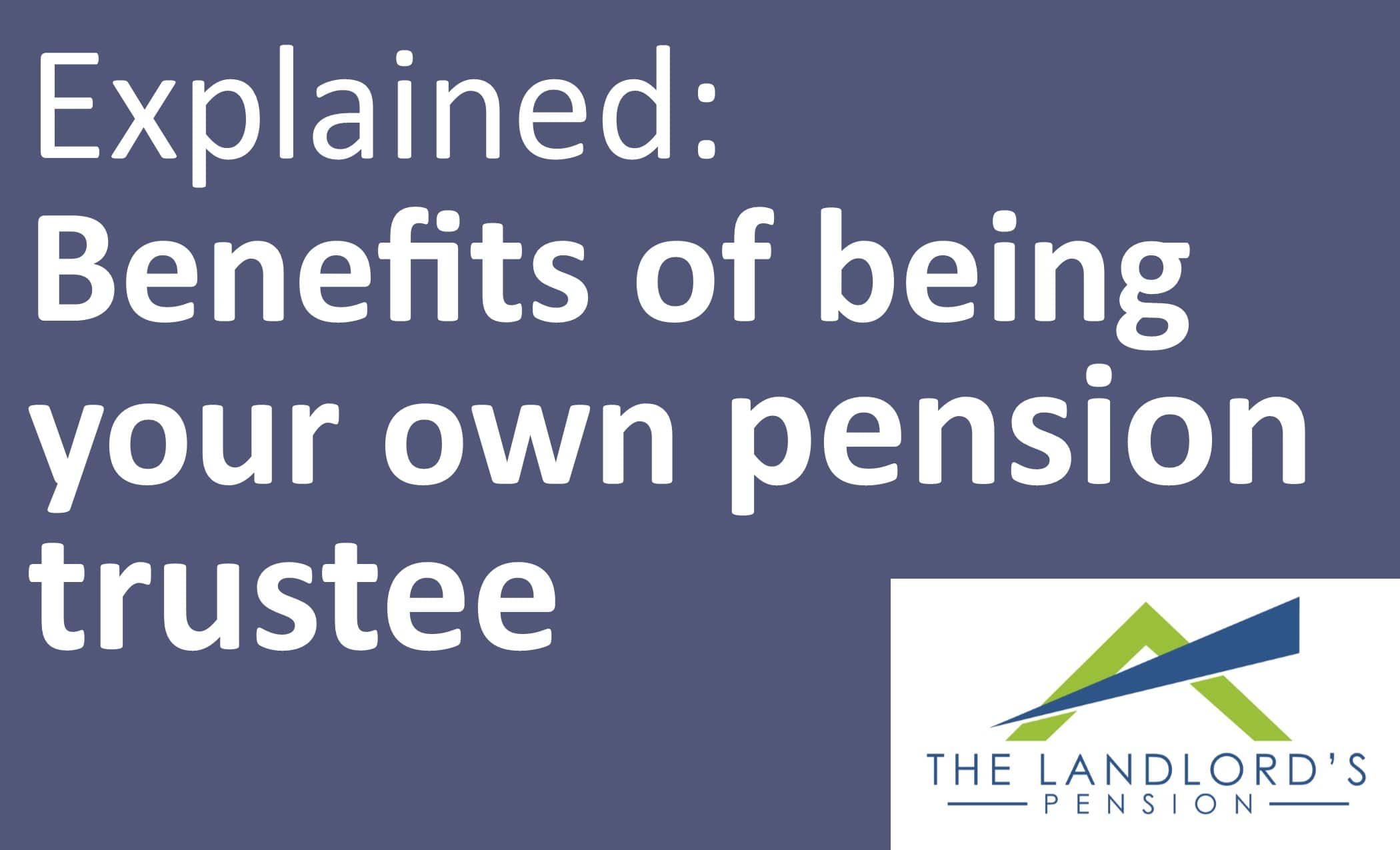 Why you should be your own pension trustee

The Landlords Pension have helped many individuals who were in the position of being a director of their own limited company to take control of their frozen or current pension pots and grow these funds and their businesses in both a hands on and hands off manner, particularly in property based investments.

This control and flexibility is generally achieved through the establishment of a Small Self – Administered Scheme (SSAS) pension, which is basically a company pension scheme of which the member themselves is a trustee. A couple of questions we are often asked are “What is a pension trust?” and “What is involved with being a pension scheme trustee?”

A trust is a relationship which arises where a person or persons (in this case the trustees of the scheme) hold property on trust (in this case in the scheme assets) for the benefit of another (the members of the scheme) for purposes permitted by law. When an individual becomes a member of a SSAS, they also become a trustee along with Professional Corporate Trustees (The SSAS pension providers)

In a SSAS all of the member trustees, along with a Professional Corporate Trustee, will together be the ‘scheme administrator’ for the purposes of the pension tax legislation.

As a trustee of the scheme you are granted rights which you would not otherwise have, but this also means that you have a responsibility to ensure that the scheme is run properly.

All trustees must act in the best interests of the scheme’s beneficiaries. A beneficiary is anyone who is entitled to, or who might receive, a benefit from the scheme, now or in the future.

In practice you will rely on the Professional Corporate Trustees to set up and run the scheme properly, including the creation of the trust deed and scheme rules, scheme registration with HMRC, the Pensions Regulator and the Trustees Data Protection Register and the ongoing liaison with all of these bodies.

In addition to having a number of rights and powers, both the individual member trustees and the Professional Corporate Trustees have a fiduciary responsibility to protect the interests of the scheme and to act impartially, prudently, responsibly and honestly, in the best interests of scheme members.

The trust deed and rules give the trustees the same powers of investment as though they were absolutely entitled to the scheme assets, subject to any specific restrictions imposed by those rules and pensions legislation. This could include the power to invest a pension in property, an area in which many clients of The Landlords Pension are particularly keen to explore.

As an example a SSAS pension can, subject to HMRC rules, authorise a loan to a members company, invest in land or commercial property or property bonds as well as various other more traditional investments such as stocks and shares, unit trusts and cash generally preferred by standard defined contribution company and personal pension schemes.

As with the vast majority of financial transactions there is some form of regulation involved. In the case of SSAS pensions this comes in the form of The Pensions Regulator. This the UK regulator of work-based pension schemes (e.g. trust based occupational pension schemes which includes SSASs) and is sponsored by the Department for Work and Pensions.

If you wish to take control of your existing or frozen pension and have the flexibility to choose your own investment strategy to grow your fund, a SSAS pension scheme gives you that opportunity. Any concerns over your role as a trustee are unfounded as this is a field which the Professional Corporate Trustees within your chosen SSAS pension provider are expert in.

If you would like to find out more about how The Landlords Pension could help you grow your retirement fund call us on 020 3907 8400 to speak with one of our experienced consultants.